“Addiction is a condition that results when a person ingests a substance (e.g., alcohol, cocaine, nicotine) or engages in an activity (e.g., gambling, sex, shopping) that can be pleasurable but the continued use/act of which becomes compulsive and interferes with ordinary life responsibilities, such as work, relationships, or health. Users may not be aware that their behaviour is out of control and causing problems for themselves and others.”

There are many types of addiction from nicotine and other drugs, to alcohol, pornography, sex, gambling and food.

CPT has a structured programme to help those who struggle with addictions, and need support in understanding and breaking out of them.

Alcohol is the most common drug of abuse in the western world. Most people in the UK ‘use’ alcohol in some way for enjoyment, but for some people drinking can become a serious problem. Alcohol causes much more harm than illegal drugs like heroin and cannabis. It is a tranquilliser; it is addictive and is the cause of many hospital admissions for physical illnesses and accidents.

Many of these problems are caused by having too much to drink at the wrong place or time. They include: fights, arguments, money troubles, family upsets, spur-of-the-moment casual sex. Alcohol can make you do things you would not normally do. Drinking alcohol causes accidents in the home, on the roads, in the water and on playing fields and finally alcohol has been linked to more than 40% of all suicides every year. More than a quarter of the population of men and a seventh of all women in the United Kingdom drink more than they should.

Alcoholism and drugs like cannabis can also mask other mental health problems such as depression. A person might drink to “loosen up” or “wind down” when they are anxious or stressed, or drink or smoke cannabis to forget when they are feeling depressed. We know that there is a connection in that self-harm and suicide are much more common in people with alcohol problems.

Alcohol helps us to forget our problems for a while. It can help us to relax and overcome any shyness. It can make talking easier and more fun, whether in the pub, a club or at a party. It is a very effective way of feeling better for a few hours.

Importantly, regular drinking can leave us tired and depressed. There is evidence that alcohol changes the chemistry of the brain itself and that this increases the risk of depression. Hangovers create a cycle of waking up feeling ill, anxious, jittery and guilty. Regular drinking can make life depressing i.e. family arguments, poor work, unreliable memory and sexual problems. If we drink alcohol to relieve anxiety or depression, we will become more depressed.

If you are depressed and lacking in energy, it can be tempting to use alcohol to help you keep going and cope with life. The problem is that it is easy to slip into drinking regularly, using it like a medication. The benefits soon wear off, the drinking becomes part of a routine, and you must keep drinking more to get the same effect. CPT offers specialised programmes to deal with different forms of addiction and addresses underlying problems of depression, anxiety and loneliness to improve quality of life and build a life that is worth living.

Pornography addiction is rapidly becoming recognised as a major social problem with similarities more well-known to alcohol and drug addiction or compulsive gambling.  Current estimates suggest that about 8% of the total population of men in the United Kingdom are sexually addicted. The Internet has become the most rapidly growing form of sexual acting out, with young teenagers being particularly vulnerable to pornographic material. One of the characteristics of sexual addiction is that it is progressive, i.e. the habitual behaviours progressively become more frequent, varied and extreme. The sexual thrills lead to wasting huge amounts of time focusing on sex, extreme behaviour patterns, taking greater risks and getting caught more frequently. The problems don’t go away on their own and the addiction can become overwhelming, not just to individuals but also to families. Pornography has been referred to as the “crack cocaine” of sex addiction. 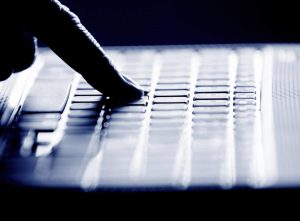 We are becoming accustomed to hearing about sexual scandals in our communities, in the workplace, schools and government. Sometimes we experience shocking sexual discoveries in our own families, involving people we know personally. Many of these situations are better understood if we have some knowledge about sexual addiction.

Starting in the late 1970′s a psychologist and researcher, Patrick Carnes, Ph.D., was instrumental in the initial identification and treatment of sexual addiction as a condition. He is also responsible for sending accurate information about it into the hands of professionals. Carnes states, “Contrary to enjoying sex as a self-affirming source of physical pleasure, the sex addict has learned to rely on sex for comfort from pain, for nurturing or relief from stress…” which is comparable to the alcoholic’s purposeful use of alcohol. Sexual addiction can have many forms but in general, the addiction has three main characteristics: the sex is shameful, secret and often abusive (plus self-destructive).

If you have answered “yes” to three or more of the above questions, you may benefit from attending a treatment and support group.

Change is difficult and must be a process involving both a change of our minds as well as a change in behaviour. We all find it hard to change a habit, particularly one that plays such a large part in our lives.

There are three steps to dealing with the problem: 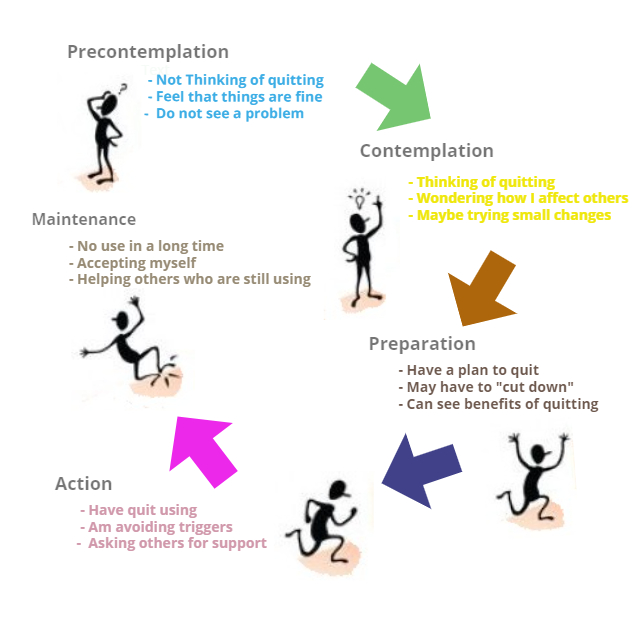 The Stages of Change Model was first described by Prochaska and DiClementi in 1991.

CPT can help you through this process, and guide and support you each step of the way.

For any further information, please feel free to Contact Us.

Useful graphic on how addictions affect the way our brains are wired.